SDR can provide full flexibility on licenses and replication networks to best suit your business, even dispersing your network replication schedule to ensure a central system is not overwhelmed. As well as this, SDR provides the unique functionality of allowing a user to configure fragments of data instead of entire rows – this enables users to reduce their replication bandwidth enormously while still receiving their pertinent data.

Need data at your head office, a satellite location, a warehouse or even on a single user laptop? SDR can provide licences and flexibility to suit your needs, sharing the full or only part of your data set.

Hub and spoke, peer to peer, cloud and spoke - all these topologies are available with no limitation to scalability. This provides total flexibility to
configure the replication network to suit your needs.

SDR provides flexible scheduling options to allow your sites to keep up to date seamlessly. SDR can even scatter your network replication schedule to ensure not to overburden a central office.

SDR allows for configuration of fragments of data, instead of sending entire rows. This process enables only pertinent, changed data to be transmitted resulting in significantly reduced bandwidth usage and an optimal replication session.

SDR allows you to put the data you need at each site using its patented Dynamic Data Slicing Architecture (DDSA). DDSA operates at multiple levels allowing the dataset available to be defined dynamically. DDSA results in a subset of data called a “workset”.

The workset can be set up at the schema level, using table partitioning, at the query level, maintaining the relationships between multiple tables, and at the column level by identifying specific components of a record or fragments. This powerful technology allows applications to provide the “need to know” data support required by applications with significant security requirements.

SDR provides the ability to configure how data collisions will be handled. When implemented, this versatility can provide a configuration that requires no manual intervention, freeing resource to focus on their jobs rather than data replication issues. The integrity of your valuable data is no longer an issue when using SDR replication as you decide what happens when a collision occurs.

Unlike a traditional replication network (transactional, store-forward) SDR will take the rules and handle collisions automatically.

SDR has an in-built recovery model that eliminates the need for an administrator to find and provide log files. By eliminating log file management, SDR allows recovery to occur even when systems are offline for an extended time. If a system needs to operate offline for weeks, months or longer, it will reconnect to the replication network and recover its dataset automatically.

Disaster/Session Recovery can be particularly useful when a real disaster occurs with the help of a recently taken backup.

Which databases does the SDR support?

Because SDR accesses the database as a client, it can replicate the high-end databases whether they are running on Windows, Unix, or other platforms. Many other products support only one database or very few databases.

Can SDR replicate heterogeneously with different physical databases at different sites, without limitations?

SRO Replicator is a genuinely heterogeneous peer-to-peer environment and does not distinguish between “sources” and “targets.”

It replicates bi-directionally between all supported databases with full “update-everywhere” capabilities and you can use different physical databases at different sites in the same distributed system. Some other products claim to be heterogeneous, but only support one or a few Database/s fully and the others with severe limitations (e.g., through gateways, non-bidirectional, and/or “target-only”).

Is the SDR an Internet standard?

SDR is an official Internet standard service on TCP/IP ports 242 and 2584.

Replication products that are nonstandard are more difficult to use (or cannot be used) through firewalls.

What type of replication does it use?

Sites connect in pairs, and each replication session bi-directionally transfers new updates to and from both locations. Other products use message-based or synchronous replication. Both are weaker, even though they are sometimes touted as “features”. Message-based replication is more vulnerable because it is:

A replication product is incomplete if it relies on other transports (e-mail, .ftp) to operate. Synchronous replication (the same or similar to traditional “distributed databases”) is weaker because it usually requires that all affected sites be available at the same time.

Is it truly peer-to-peer, or at least fully bidirectional? Or does it distinguish between “sources” and “targets”?

Any site can replicate with any other that connects to any TCP/IP network, including the Internet. Replication is symmetric and bidirectional, even if the two locations are running different databases (e.g., MS SQL and Oracle), or one site has much more data than the other (e.g., 50MB on a laptop and 50GB on a regional server). Sites exchange updates to whatever data they have in common. SRO Replicator does not enforce a distinction between “sources” and “targets,” but it does fully support non-peer configurations (see next question).

Most replication products distinguish between “sources” and “targets,” or “masters” and “slaves/replicas.” This can severely limit end-user usability and scalability, especially if it requires a centralised hub-and-spoke configuration where all databases must replicate with one central site. Also, many products support certain databases only if they are used as targets (“target-only”).

Does it allow “source/target,” hub-and-spoke, and/or unidirectional replication?

SRO Replicator supports all of these configurations because they are just subsets of true peer-to-peer operation.

For example, an information vendor may replicate specific subsets of a legal information database to specific customers who pay for that specific data, but the data may only ever be updated at one central site and “published” or “pushed” to the others.

Is it scalable to high-volume sites? Is it multi-threaded and SMP-ready?

SRO Replicator is massively multithreaded and uses a separate thread for each replication session.

It can run on a small notebook computer right on up to multiprocessor servers, and will immediately take advantage of the extra power. Because of SDR's efficiency, extra CPU power is almost never needed; this is most appropriate when the local database has frequent and very large changes, such as a terabyte-sized video jukebox database whose videos are frequently updated.

Is it scalable to large numbers of sites?

Any SRO Replicator database is as easy to deploy to two sites as to two thousand.

When a new site is installed, it performs an initial replication with any existing site and then is a fully participating member of the database network with housekeeping information about the location, schedules, subscriptions, and other information about other sites. As machines are added or removed, SRO Replicator's automatic adaptive load balancing transparently re-configures the network dynamically for the most efficient propagation.

Is maintenance of SDR a challenge?

No manual housekeeping is needed.

Most other products require an administrator to define which sites should replicate with which others in which order, SQL queries to define the subsets of data to reside at each site, and so on. This does not scale to networks of thousands of sites. (See the “Runtime Administrator Ease-of-Use” section.) 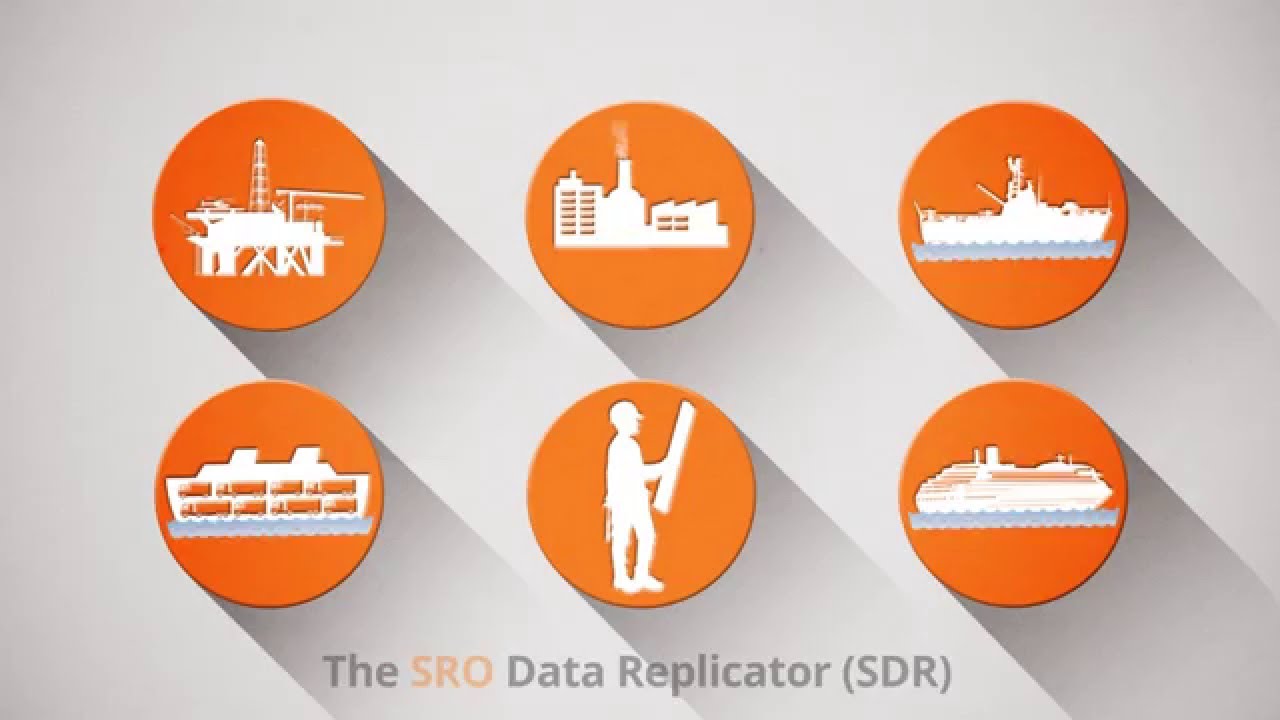 How can SDR help?

Does your organization suffer from:

- or even a combination of all three?

"SDR can help your organisation by providing the same speed, performance and connectivity that your head office staff achieve. Boosting productivity, reducing waiting times and increasing overall staff satisfaction when interacting with your Maximo."